H.H. Pujya Swami Chidanand Saraswatiji’s motto in life is, “In the Service of God and humanity.” Selflessly dedicated to the welfare of all, He leads, directs and inspires numerous, wide-scale service initiatives. Touched by the hand of God at the tender age of eight, Pujya Swamiji left His home to live a life devoted to God and humanity, spending His youth in silence, meditation and austerities high in the Himalayas.  At the age of seventeen, after nine years of unbroken, intense sadhana, He returned from the forest—under the orders of His guru—and obtained an academic education to parallel His spiritual one.  Pujya Swamiji has Master’s degrees in Sanskrit and  Philosophy as well as fluency in many languages.

Pujya Swamiji is President and Spiritual Head of Parmarth Niketan Ashram, Rishikesh, India, one of the largest interfaith, spiritual institutions in India. Under His divine inspiration and leadership, Parmarth Niketan has become a sanctuary known across the globe as one filled with grace, beauty, serenity and true divine bliss. Pujya Swamiji has also increased several-fold the humanitarian activities undertaken by Parmarth Niketan (www.parmarth.org). Now, the ashram is not only a spiritual haven for those who visit, but it also provides education, training, and health care to those in need. 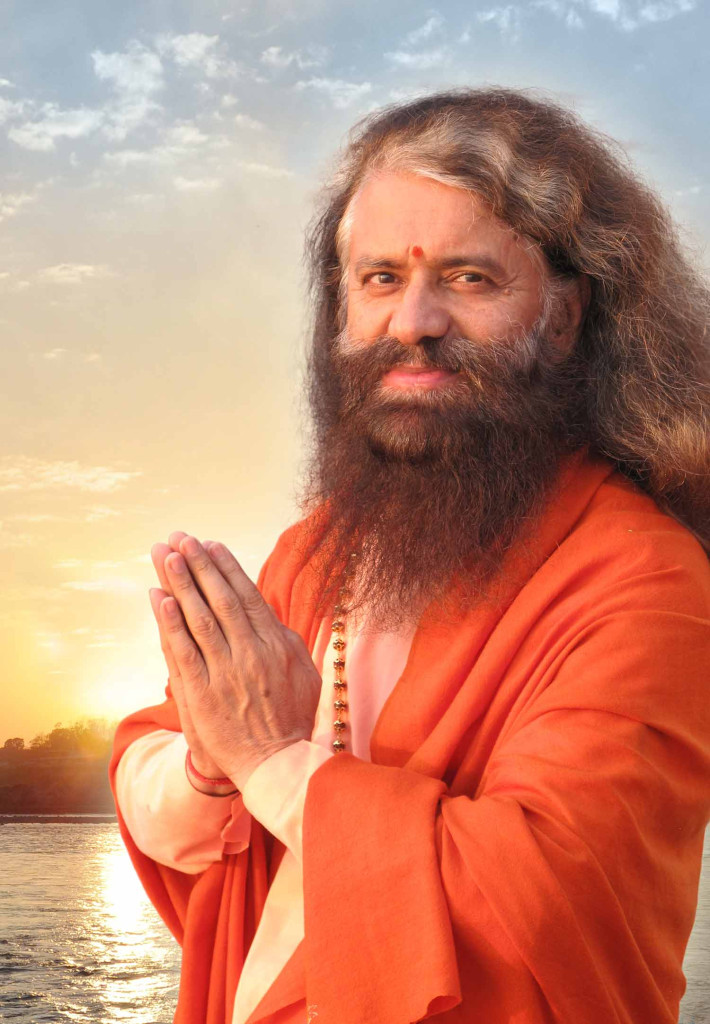 He is the Co-Founder of Global Interfaith WASH Alliance (GIWA), the world’s first-ever international interfaith initiative which brings together the world’s faiths as allies in ensuring every child around the world has access to safe, life-giving Water, Sanitation and Hygiene (WASH). (www.washalliance.org; facebook.com/washalliance)

He is the Founder of:

Pujya Swamiji is also the Board of Trustees of the India Development Foundation of Overseas Indians (IDF-OI). IDF-OI was set up by the Government of India in 2008 as a not-for-profit Trust to facilitate Overseas Indian philanthropy into social and development projects in India.

Pujya Swamiji’s religion is unity, and he has been a leader in numerous international, inter-faith summits and parliaments, including at the United Nations, the World Bank, the World Economic Forum and the Parliament of Religions as well as with Religions for Peace, KAICIID, the Hindu-Jewish Summit in Jerusalem, the Hindu-Christian dialogue by the Vatican and so many others. He is also a leader of frequent world peace pilgrimages across the world.

Pujya Swamiji is the recipient of innumerable awards, including the World Peace Ambassador Award, Hindu of the Year Award, Prominent Personality Award, by Lions’ Club, Best Citizens of India Award, the Uttaranchal Ratan Award and many more including:

However, Pujya Swamiji seems unaffected by this incredible list of accomplishments and remains a pious child of God, owning nothing, draped in saffron robes, living a life of true renunciation. His days in Rishikesh are spent offering service to those around him. Thousands travel from across the globe simply to sit in his presence, to receive his “darshan.” He travels the world, bringing the light of wisdom, inspiration, upliftment and the divine touch to thousands across the world.